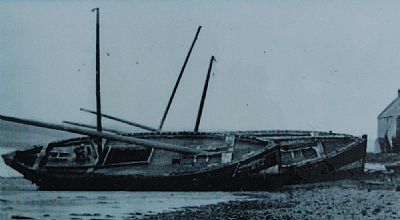 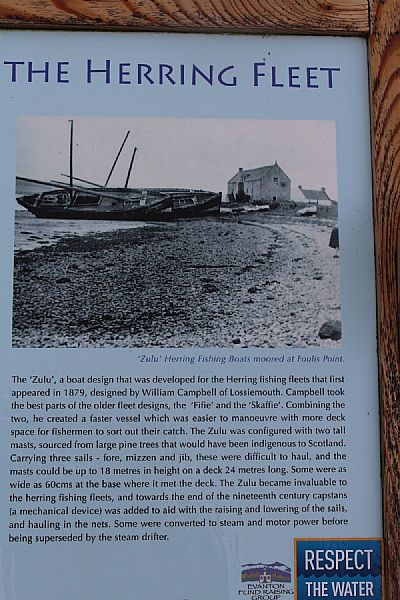 Interpretation panel by Evanton Fund Raising Group at the Storehouse

Canmore (aerial photographs including of the fish trap by the storehouse)

Hopeman History (details of the development of the Zulu fishing boat)

Down to the Sea (Chapter 5 Herring Fishing) - An account of life in the fishing villages of Hilton, Balintore and Shandwick by Jessie Macdonald and Anne Gordon [1971]. Online version hosted by Ross and Cromarty Heritage Society.

National Army Museum - The Zulu War (1879). The fishing boat was developed in the same year as the Zulu War and took the name accordingly. 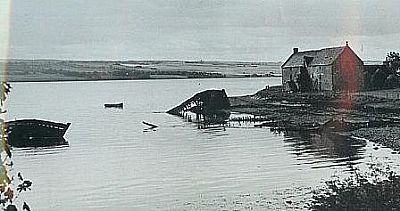 Later photograph by J. Nairn of the wrecks in 1950s (see further at Am Baile)

The boats at Foulis

"When the season ended in the autumn the men returned home. It is said that the boats were hauled up on the bank with the help of a threshing machine and taken down again the same way the next year; but it was more usual for them all to go together to Foulis or Pollo so that all the men were available to help with the beaching." (Down to the Sea, Chapter 5)

".... the only visible remains of large-scale herring fishing on the seaboard are a few rotting hulks still to be seen just below Foulis" (Down to the Sea, Chapter 5)

Why were the boats left to rot? This is what they found at Findhorn Bay:

"There appears to have been no single factor in the development of the Findhorn Bay boat graveyard. Suggestions that the boats were abandoned at the start of the war are probably an over-simplification of a more nuanced change in the herring fishery. Pre-war photographs appear to show abandoned vessels on the shore, indicating that redundant vessels were already being left on the sites of the winter safe haven prior to the outbreak of hostilities, probably as the wooden boats ceased to be profitable in the face of emergent steam drifters. With the war commencing in 1914, it seems likely that the active fleet joined the discarded vessels in their usual winter haul out, while post-war the loss of life and major social change as well as the new maritime technologies rendered the old fleet of wooden sailing boats unviable." (SCHARP ShoreDIG: Findhorn Bay boat graveyard Data Structure Report, June 2017) 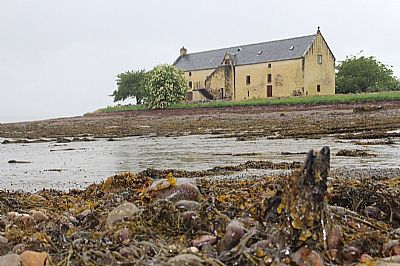 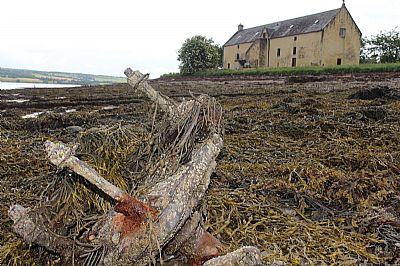 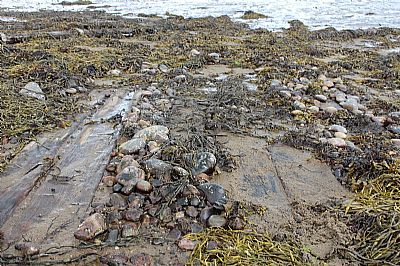 Planks of one boat (50m from storehouse) 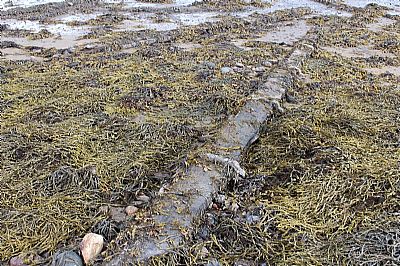 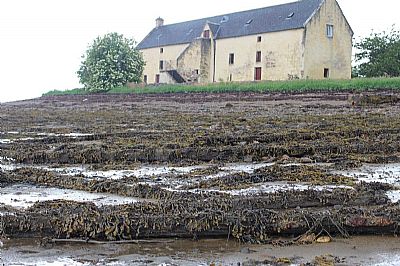 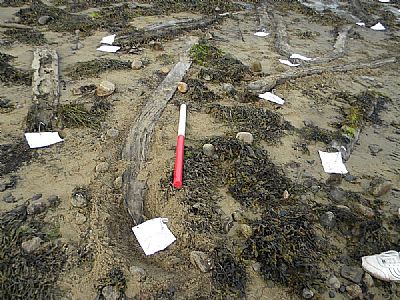 Scattered timbers (paper marks each one) 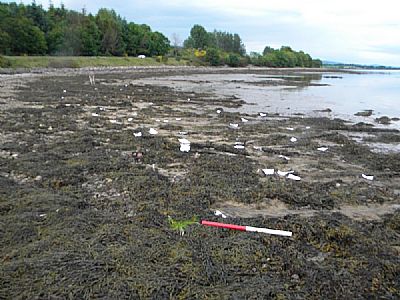 Scattered timbers - with metre measuring stick (paper marks each one) 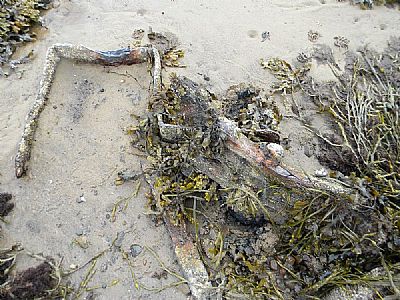